Have you heard about our new Report Centre feature? Increased reporting around the key metrics of fertility, lameness, cow condition and mastitis, with many more areas coming soon!

Check out the full details here or contact us to discuss further. 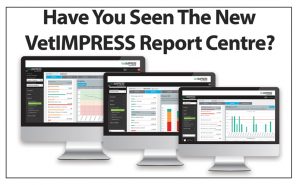 Release notes is our regular update telling you about recent improvements we’ve made and new features we’ve added, helping you  stay up to date with what’s new at VetIMPRESS.